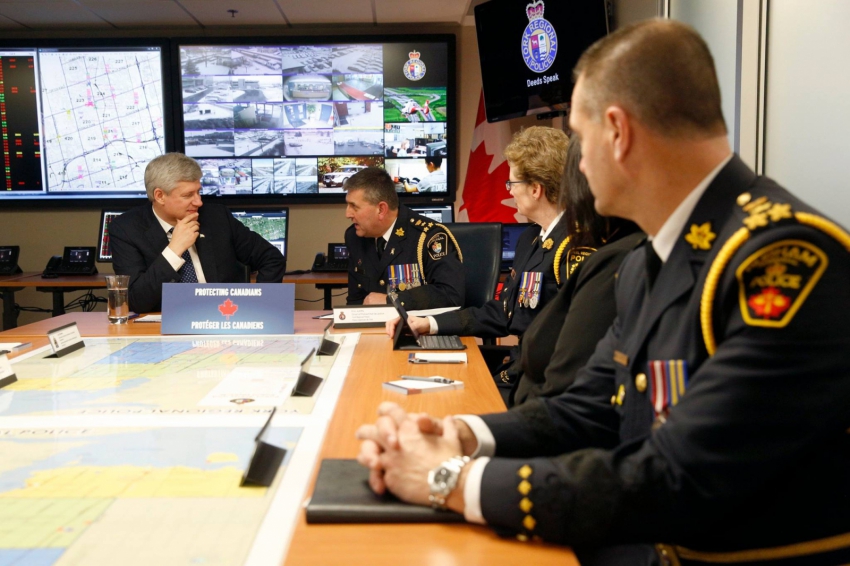 In a world where faith in foreign policy and diplomacy is diminishing at alarming rates, it is important for nations to become increasingly responsible for their own interests as opposed to relying on allies. Canada is one of many nations who for far too long have been largely dependent on a powerful ally for a range of national necessities ranging from international representation as well as national security and defense.

Canada has never had to defend itself in modern history and for that reason, the Canadian military has never really had the kind of advanced technologies and methods as some larger military forces like that of the United States, Russia, China, and some European nations. In a similar sense, Canada has always been able to go to the United States for influential backing on the international stage – and stubborn leaders may bend to the will of the United States, but it is highly unlikely that they would take Canada as seriously.

Now, with protectionism on the rise as both an economic and foreign policy, it is becoming more and more important that previously dependent nations are able to transition into taking more control of their own individual affairs both domestically and internationally. In this case, Canada faces a situation where our closest ally, the United States, is becoming more concerned only with domestic affairs and security. In response, Canada must take more initiative in developing its own independent managing agencies and internal governing organizations with regards to security and intelligence.

The Canadian Security Intelligence Service (CSIS) has nowhere near the capabilities of the American Central Intelligence Agency (CIA) or even their Federal Bureau of Investigation (FBI), and it is imperative that the Canadian government puts more focus into taking responsibility and initiative for its own domestic and foreign interests. Time and time again under Canada’s weak governing system, China specifically has been able to use bloated business deals with Canadian organizations in order to garner support from these organizations and a dismissal of concerns regarding Chinese motives and actions.

In another case, Canada’s sovereignty in the Arctic is under consistent threat by Russia and China, and the United States has failed to support Canadian initiative in securing and reinforcing their rightful territory, but would rather take control of it themselves. In 2019, US Secretary of State, Mike Pompeo, implied that Canada’s sovereignty in the Northwest Passage is illegitimate. It is the increasing amount of diplomatic sleights like this towards Canada which are cause for concern regarding Canada’s capabilities to take responsibility both diplomatically, through various intelligence pathways, and as the last resort, through military options. The simple truth is that at the end of the day, Canada, as well as each and every other independent nation must look out for and prioritize their own individual interests prior to succumbing to foreign needs or interests, and this is something Canada has failed to do or be capable of doing for some time now.

In terms of foreign relations, it would be naïve to believe that even our closest allies including the United States would act with full effort on behalf of Canada without any interest in it for themselves. That’s not how the world works. So, it must not be expected or believed that another nation would exert effort, be it diplomatic, military, or otherwise, to act out of ‘good will’ if there was to be no incentive for their own interests.

In recent years, Canada has experienced difficulty dealing with domestic security, as evidenced by several fatal and organized attacks across the country, including most recently, the Nova Scotia shootings, killing 22 people. Where Canada has to take responsibility for the safety and security of its own people without the help of the United States, current intelligence infrastructure is simply unable to identify potential threats, leaving the Canadian people at risk.

A complete overhaul and upgrade is needed to mold CSIS into a multifaceted resource for surveillance and security domestically and abroad. It must be understood that although Canada is not necessarily a prime terrorist target compared to the United States, the security agency has to have an international presence and must be interconnected with foreign intelligence developments to lead global initiatives in Canada’s individual interests.

On the diplomatic front, Canada has been seen as a peacekeeping nation for as long as it has existed. That peace and the democratic values it seeks to permeate throughout international community cannot be implemented in an effective manner if the nation does not have foreign assets who understand the complex situations in different societies around the world.

Currently, Canada faces one of the most precarious diplomatic situations it has dealt with in the 21st century. Two Canadians, Michael Kovrig and Michael Spavor, are being held by the communist regime in China on completely fabricated espionage charges in an assumed retaliation for Canada’s arrest of Huawei Chief Financial Officer, Meng Wanzhou. The delicate nature of the situation exposes Canada’s need for a more effective diplomatic structure and intelligence agency. The lack of assertiveness on the international stage of Canada’s current administration is poking holes in international stability and the expansion of democracy.

The current state of the Canadian government simply does not have the built-in infrastructure to manage the more private affairs of intelligence and national security to an effective degree. Parliament is used to address and construct civil and economic policy as opposed to managing the delicate details of national stability – which should be managed by in a non-partisan government effort. This is simply not realistic through parliamentary means.

In any case, significant change is needed in state infrastructure to be able to accommodate the modern intelligence and security needs to protect the Canadian people and nation as a whole. What’s needed to make this progression is a strong and ambitious administration in Ottawa that has a vision to overhaul the currently outdated security and intelligence services in place and replace them with fully functioning and delicately maintained protocols.