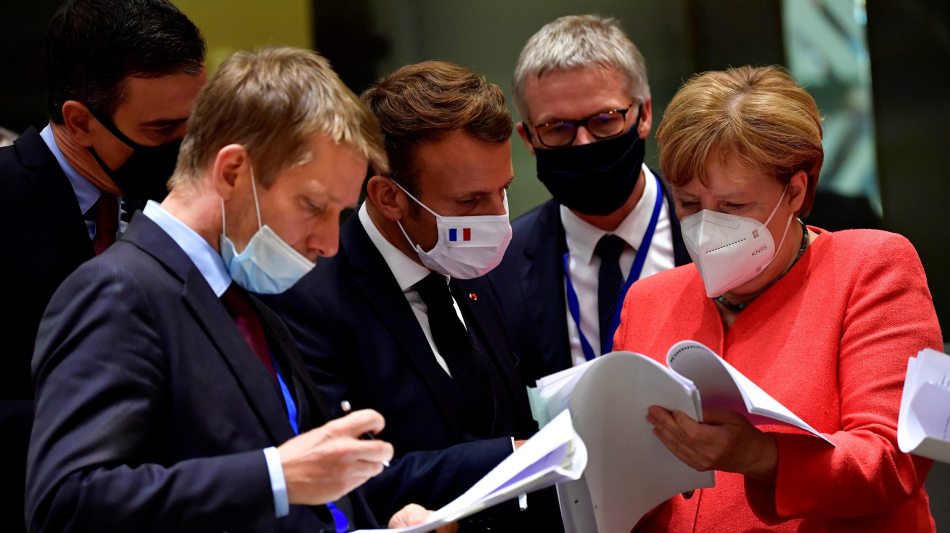 After more than 90 hours of fast-paced yet detail-oriented negotiations involving the 27 EU member states, the European Council has struck a €750 billion recovery deal. The comprehensive package pays specific attention to the most harshly impacted member states, namely Italy and Spain, and combines a multitude of grants and loans. The funds will be borrowed by the European Commission from international markets with about €390 billion coming in as grants and €360 billion as low-interest loans. This package came in coordination with a €1.1 trillion budget for the 2021-2027 time frame.

The deal didn’t come easy though, as tempers were tested with the obvious high stakes. The “frugal four”, Sweden, Denmark, Austria, and the Netherlands were against extending generous grants, to which at one point reportedly had French President Emmanuel Macron bang his fists on the table and accuse the group of endangering the European project. The €390 billion number was agreed upon as a compromise, as the reluctant nations were won over by a promise of rebates on their EU budget contributions.

Rule of law was also a focal point of negotiations. With populism so clearly on the rise in Europe, there were questions about whether or not a deal would include conditions of meeting certain democratic principles in order to qualify for the aid. In the end, this was not the case largely as a result of Poland and Hungary both threatening to veto the deal if such stipulations were to be included.

Europe has for many years represented a light for innovation and progress on the international stage, and these negotiations broadly prioritized this. With all the finances being borrowed and redistributed, European leaders stressed that nations should be using their funds efficiently and effectively. In this regard, emphasis was placed on supporting green technology, digitization, and technological infrastructure.

The reactions to the response package have been supportive, and European financial markets have similarly experienced a positive uptick in the hours following the announcement of the deal. The initial financial outlooks are predicting a 1% boost in European GDP, carried by the nations set to rebound the most because of the deal. This would include Italy, Spain, Portugal, and Greece. As well, the euro surged to about US $1.15 on Monday in a combined response to the relief deal, a weakening US dollar, and rising hopes on a new vaccine. This is strongest the currency has been since January 2019. With confidence on the rise, the European Union has coped extraordinarily well in a year with severe complications arising from the BREXIT conundrum as well as the unprecedented global health crisis.

The effectiveness of the financial aid will from this point onward be contingent on the political forces both in European Parliament as well as in domestic governments. A difficulty that often arises with packages like this is the different approaches used by politicians and businesses to get the money out into public and private circulation – funneling through businesses and individuals across Europe. The upcoming discussion in the European parliament and domestic governments will undoubtedly have a heavy focus on getting these finances out in as efficient of a way as possible.

In such a tumultuous year, many were left with a real possibility of a disintegrating European Union. In the past, steps toward federalism and political unification have become extremely controversial topics across Europe, which has led some to believe that the COVID-19 pandemic may be the beginning of the end for the supranational union. The recent political and diplomatic will and cooperation of the leaders from all 27 member states of the EU firmly dismiss this sentiment. If anything, the pandemic has brought the political powers of member states together in coordination for common motives and common support. The political and social rifts across the union played out in the recent negotiations and the outcome has proven that despite understandable and inevitable differences, European nations still retain a sense of commonality and duty to one another.