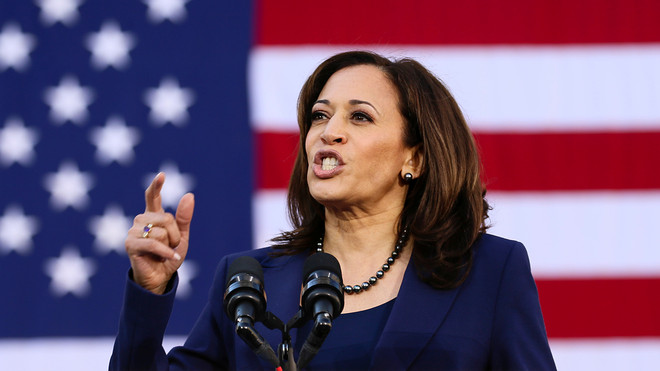 As Joe Biden’s pick for Vice President, Kamala Harris introduces a historic precedent as being the first ever black woman on a Presidential ticket. With the racial tensions in the United States raging in recent months, the prospect of a black woman as Vice President is likely quite calming and reassuring for many Americans, especially for the Democratic base.

Kamala Harris served as District Attorney of San Francisco for seven years, Attorney General of California for six years, and Senator from California since 2017. She ran against Joe Biden in the recent Democratic Primaries, but suspended her campaign in December due to a lack of funds despite being a perceived frontrunner. As only the second black woman elected to the Senate, Kamala Harris has built a fierce personality in fighting for what she believes in at different levels of government.

Looking now at the full picture of the Democratic strategy for the November election, Kamala Harris can be used to haul in the swing votes of middle class voters as well as to shore up the black vote. Harris’ record as Attorney General of California has often been criticized for a ‘tough on crime’ attitude which particularly displeased some hardline progressives.

That criticism though, likely won’t impact the Biden campaign since progressives are so determined to remove President Trump from office that neither Harris’ nor Biden’s moderate records will take any progressive votes away from the ticket. Further, the moderate platform can be poised to soak up significant swing votes in the Midwest and other critical battlegrounds like Arizona and Florida in addition to reinforcing grassroots support in Harris’ home state of California.

Looking at the decision more abstractly, Kamala Harris adds an uplifting sense of electability to the Democratic ticket. Being a visible minority is definitely a positive for the campaign, but Harris’ vast experience from San Francisco District politics to her recent national campaign in the Democratic Primaries is what proves her preparedness for the White House working under the ageing Joe Biden. To that point, Kamala Harris adds a much needed flare of youth for the Biden campaign that, until this point, has been rather mundane and lacklustre. Harris’ online presence is also strong enough to play a significant role in the campaign, especially due to the circumstances regarding COVID-19 restrictions, destined to play a role in the next few months of rigorous campaigning. Active on Twitter, Instagram, and Facebook, her voter reach is the closest thing the Democratic Party has that may be comparable to President Trump’s online presence.

With support even among Republicans for President Trump wavering, Kamala Harris’ educated and reasonable policy proposals definitely has the potential to creep into the disgruntled Republican electorate. She has held her own in a party swinging irresponsibly far to left on some important issues, reassuring her constituents that she is not an ideological extremist, but rather a calm and collected centrist with the best interests of her constituents in mind.

Another quality trait of Kamala’s is that her experience as a prosecutor has shaped her personality into a strict, ‘no-nonsense’ kind of manner. With American politics being the most volatile and emotionally-fuelled for generations, if not ever, the Democratic front must hold stable during what is likely to be a dirty campaign for the White House. Kamala Harris is someone who Democrats can count on to keep a calm yet abrasive demeanor in battling President Trump and warding off other Republican attacks.

It goes without saying that if he were to become President, the ageing Biden would have one of the most uncertain Presidencies in a long time. Because it’s a very real possibility that Joe Biden may not get through a full term in office or into a potential second term, Kamala Harris is a reassuring figure, that if needed, she is committed and able to serving the American people in whatever capacity she can.

For months now, Kamala Harris has been the presumed frontrunner to be tapped as Joe Biden’s VP nominee. Now, with the ordeal finalized, it’s important for Biden and Harris to get to work on campaigning and fundraising for the quickly approaching election in November. The aim is for the two partners to quickly mesh on a personal level, much like Biden and Obama did, to show the American people that the Democratic team is one to take the nation into the inevitably uncertain next four years. If they cannot solidify that perspective in the minds of American swing voters, another four years of President Donald Trump is still a very real possibility.

0 comments on “Can Kamala Harris Mobilize a Biden Win?”