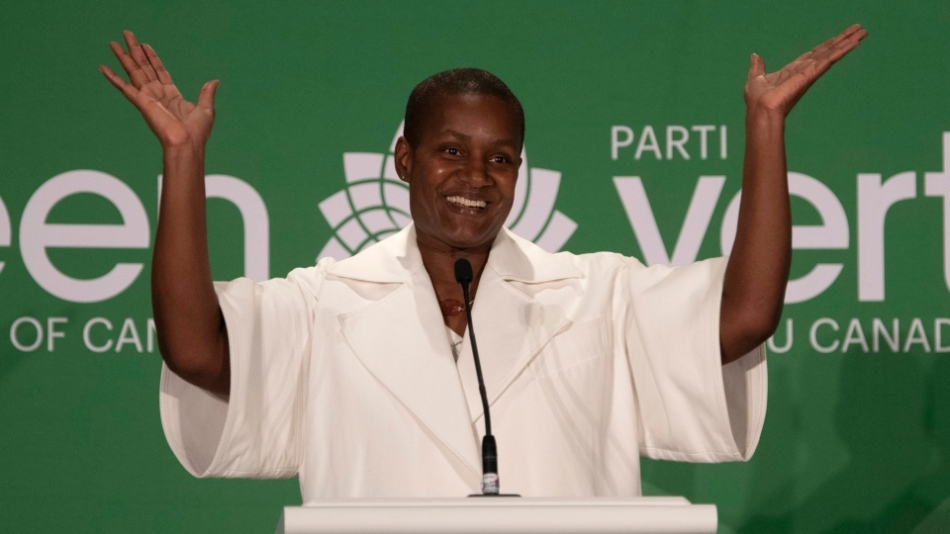 This past Saturday, the Green Party of Canada made history by electing the first black leader of a major federal party in Toronto Lawyer, Annamie Paul. The leadership race came down to the wire with Paul and Dimitri Lascaris competing for the edge on the 8th and final ballot.

Dimitri Lascaris is a lawyer, activist, journalist, and former GPC candidate, his self-identification as an eco-socialist likely decided the outcome of the race. While Lascaris campaigned on a very left-wing platform, Annamie Paul’s more moderate voice and platform united the party to form the structure of the post-Elizabeth May era.

Now, as seen in past leadership races, more broad and all-encompassing platforms often gain faith from the grassroots, but on the federal stage, such a strategy may not equate. Rather, federal leaders must take initiative in making the party their own, and that is the only way that either the leader or the party will see much success at all. It remains to be seen whether Mrs. Paul will step up to the plate and remodel the Green Party of Canada, or if she will cave to the demands to the masses of voices pulling the strings in her party.

“We’re a grassroots party”, says Paul, “which means that my objective is to make sure that the platform I stand on is wide enough and strong enough to have Elizabeth [May] and Paul [Manly] and all of our leaders across the country sharing their voices.” In saying this, it seems as though Annamie Paul is unwilling to overhaul the party and will simply stabilize the status quo of a disorganized assortment of views and unsubstantiated policy proposals that form the structure of the GPC in its present state.

There is no doubt that many Canadians view the climate as one of, if not their issue of greatest concern, and perhaps this classifies it as one of the most decisive voting issues among Canadians at large. However, by diluting their party’s platform, the Green Party has more to lose than it does to gain. Their upper hand, so to say, is in climate policy and their devotion to that important aspect of Canadian politics is what can propel them to true relevance in the House of Commons. The truth is that the GPC really doesn’t have the infrastructure to compete federally on more general issues of governance like foreign affairs and national security, and having said that, they must focus their limited resources strategically in regions and districts where constituents are faced most directly by climate change.

Following the leadership race, outgoing leader and long-time face of the party, Elizabeth May, told the Toronto Star that the leader of the party is the “chief spokesperson” not “the boss”. This statement puts into question the organization and direction of the party at large. Of course any political party must be built and amended from the grassroots, but leaving the decision-making process to a complex web of members who are only informed and knowledgeable to varying degrees destabilizes the party’s platform with each step forward. If a leader can’t consolidate decision making powers, then how is the party supposed to move forward progressively, efficiently, and effectively?

The fact of the matter is that the Green Party of Canada really does have an opportunity to overhaul its status in Canadian politics – to build itself as a truly competitive political party as opposed to remaining as a simple social movement of disorganized and unchecked voices, views, and proposals. The environment really is a pressing concern for Canadians, and there are districts all across the nation that would be ready to accept a Green Party representative in parliament, but this cannot be done unless the new leader prioritizes growing the party’s seat count and their overarching relevance in Canadian society.

Elizabeth May made strides for the party, evolving it into an extremely engaging social movement, but it is now Annamie Paul’s time to assert the party’s intentions on a national level and to make representative gains as a political force.

1 comment on “If Annamie Paul wants to make strides with the Green Party of Canada, she needs to make it her own”